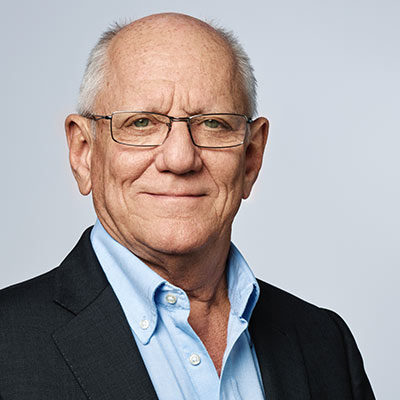 Dr. Castellucci graduated in Medicine at the University of Florence in 1973 and he specialized in Dentistry at the same University in 1977. From 1978 to 1980 he attended continuing education courses on Endodontics at Boston University School of Graduate Dentistry with Prof. Herbert Schilder. As well as running a practice limited to Endodontics, Dr. Castellucci is Past President of the Italian Endodontic Society S.I.E., Past President of the International Federation of Endodontic Associations I.F.E.A., Active Member of the European Society of Endodontology E.S.E., Active Member of the American Association of Endodontists A.A.E..

He is a very well known international lecturer and gave lectures all around the world.

He has been Editor of “The Italian Journal of Endodontics” and of “The Endodontic Informer”, is now the Editor in Chief of Endo Tribune, Founder and President of the “Warm Gutta-Percha Study Club” and of the Micro-Endodontic Training Center, where he teaches and gives hands-on courses.

He published articles on Endodontics in the most prestigious Endodontic Journals.

He is the author of the textbook (3 volumes) “Endodontics”, which is now available in English.

He lives and practices in Florence where he has his private practice and his Micro-Endodontics Training Center.

Continuous rotation or reciprocation? This is the question.
From WaveOne to WaveOne Gold: Great improvements

The 4th generation of NiTi instruments was introduced in 2008, represented by the new reciprocating files WaveOne. They were the first system designed as single files or at least single patient use. Using WaveOne files, the root canal preparation became simple, fast and safe. Recently, the system has been optimized, the safety and the cutting efficiency have been improved, and the range of teeth that could be shaped using this method has been increased. As a matter of fact, in the year 2015 the new generation of single file and single use reciprocating instruments were launched, providing unparalleled safety, effortless efficiency, and super simplicity: they are the new WaveOne Gold, were the ground NiTI files are heat-treated and slowly cooled, with the resultant improved strength and improved flexibility. In the 2017 another step forward has been made, with the introduction of the WaveOne Gold Glider, the perfect reciprocating instrument to create a glide path for the WaveOne Gold single-file system users. The WaveOne Gold Glider reproduces the movement usually given to the hand instruments, allowing an easy negotiation of the root canal down to the entire working length, to make room to the next instruments WaveOne Gold that will be able to complete the shape of the root canal, always following the principle of beeing minimally invasive.